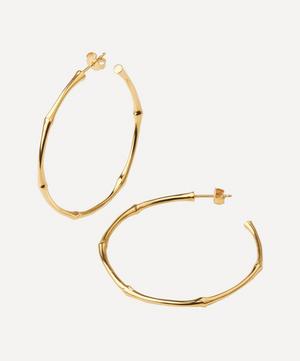 Symbolising longevity in Chinese culture, these bamboo hoop earrings feature a simple design which was created in 1998. A stud fastening, they are a classic hoop with difference.