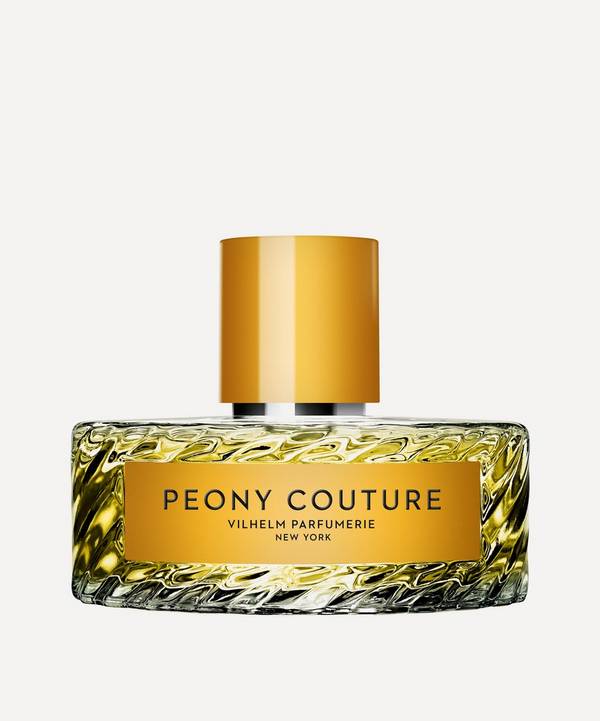 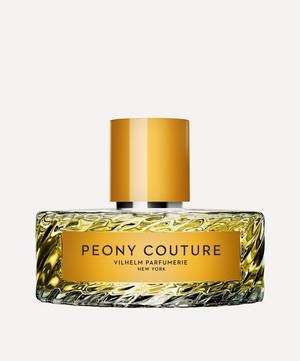 Created in collabroation with Liberty, this exclusive Peony Couture eau de parfum from Vilhelm Parfumerie is Jan Vilhelm's ode to the flamboyant flower.

The first peony appeared in late April 2008. In the middle of a bouquet of roses Jan Vilhelm had ordered, it stood tall, spreading its petals with the opulence of a couture gown. After that, it arose almost everywhere he went: on the ceiling of the lift at Liberty, on the inside of a bag, nestled within a shoe; and once – most memorably – standing alone, without any support, in the middle of the road at our iconic department store entrance. Look out for this extraordinary peony, detectable with whiff of black pepper and aniseed which unfurls into an unmistakable bouquet of Turkish roses and the beloved powder pink bloom.

Discover Vilhelm Parfumerie, the exclusive fragrance collection by Jan Ahlgren. Named after Ahlgren's grandfather, the collection is "a tribute to the glamour and aesthetic of [my grandfather's] era, expressed in our contemporary aesthetic and olfactory language."
Read more Read less

The perfume creator talks us through the scents that make him

The perfume creator talks us through the scents that make him

Furnishing fabrics may take up to 7 working days