Rated 1 out of 5 by J King from Very disappointed This was recommended by a patient who always smells lovely so my husband got me some.I have worn it a few times and cannot smell anything, having asked family to smell it also ,they again said they could not detect any perfume. Maybe it is just a rinsed out bottle of water!! Very unsatisfied.
Rated 5 out of 5 by Kimbo from Mrs Very happy with this perfume. It arrived nicely packaged
Rated 5 out of 5 by Shorty from Molecule 01 Every time I wear it I have people following me to get a whiff - love it and always will
Rated 1 out of 5 by Hellsbelles1974 from I have been wearing this fragrance a couple of years now & love it, but this last refill bottle has a slight change. On first applying there is an unpleasant almost furniture polish aroma. I had a small amount of my previous bottle & sure enough there is a difference. On applying the original you get a warmth, almost cedar scent (on myself anyway), the new bottle not so. I'm really disappointed as I have now emailed the essentric company twice to no response, hence why I am now writing here. I'd like to have the original again!
Rated 5 out of 5 by Anonymous from This fragrance is completely different to any other. It is very subtle and is quite indefinable as it does not smell the same on everyone. As soon as you wear it you create a unique personal fragrance. Perfect. Also, this item arrived quickly and very well packaged.
Rated 5 out of 5 by Anonymous from A truly idiosyncratic fragrance, it either leaves a subtle lingering scent or disappears from the skin without trace.
Rated 5 out of 5 by Trudi from Purchased this as a birthday gift for a friend who had commented on this every time I wore it.Beautifully wrapped with a personal message. Highly recommend .
Rated 5 out of 5 by Anonymous from Gorgeous perfume! I treated myself after smelling it on a colleague now can't wear any other scent. It is beyond description except to say it is exceptional and most wonderful!
Free UK Standard Delivery* | Register for 10% off your first order
DOUBLE POINTS on all purchases until 31 August 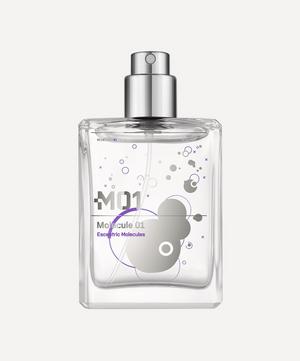