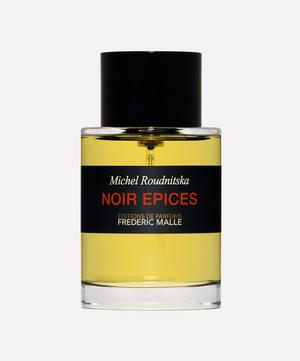 To celebrate the 5th anniversary of the debut of Editions de Parfums at Liberty London, the legendary perfumer has created a limited edition collection linking iconic Frédéric Malle fragrances to extraordinary prints from the Liberty London archive.

Composed by Michel Roudnitska, the ambiguous scent of Noir Epices takes its wearer on a journey into the Orient with an intoxicating blend of spices. Boldly excluding the traditional vanilla note, this intense fragrance embraces nutmeg, cinnamon, cloves and pepper. Immersed into the world of perfumery from an early age, Michel Roudnitska developed a skill for the art of composing fragrances via the initiation of his father, Edmond Roudnitska – a legendary figure in the industry.