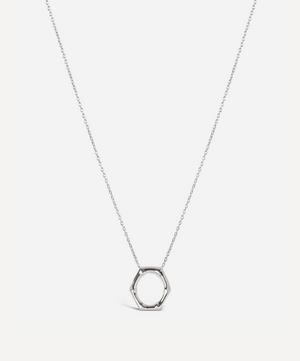 In Chinese culture Bamboo is the symbol of longevity. The simple beauty of Bamboo is captured in this handmade silver Dinny Hall necklace with a round Bamboo slider pendant.