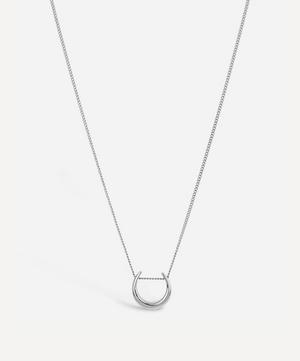 A glamorous 1970's vibe with an equestrian flavour provides the inspiration for the Spanish style Dinny Hall Toro necklace, a slider pendant design made from solid sterling silver.