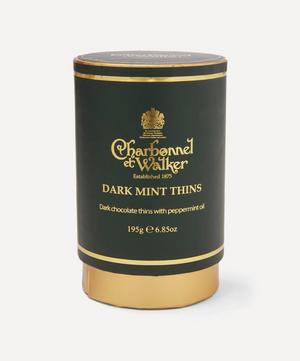 These Charbonnel et Walker wafer thin discs of rich dark chocolate are infused with the delicate taste of English mint. Perfect as an after-dinner treat for your guests, or as a thank you to your host.