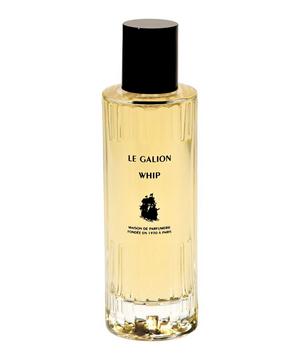 Originally created for men, Le Galion Whip is a timeless cologne that, having caught the attention of women, has developed into a youthful unisex fragrance. This aromatic citrus scent projects a sense of modernity, capturing the essence of summer in its fresh woody tones.