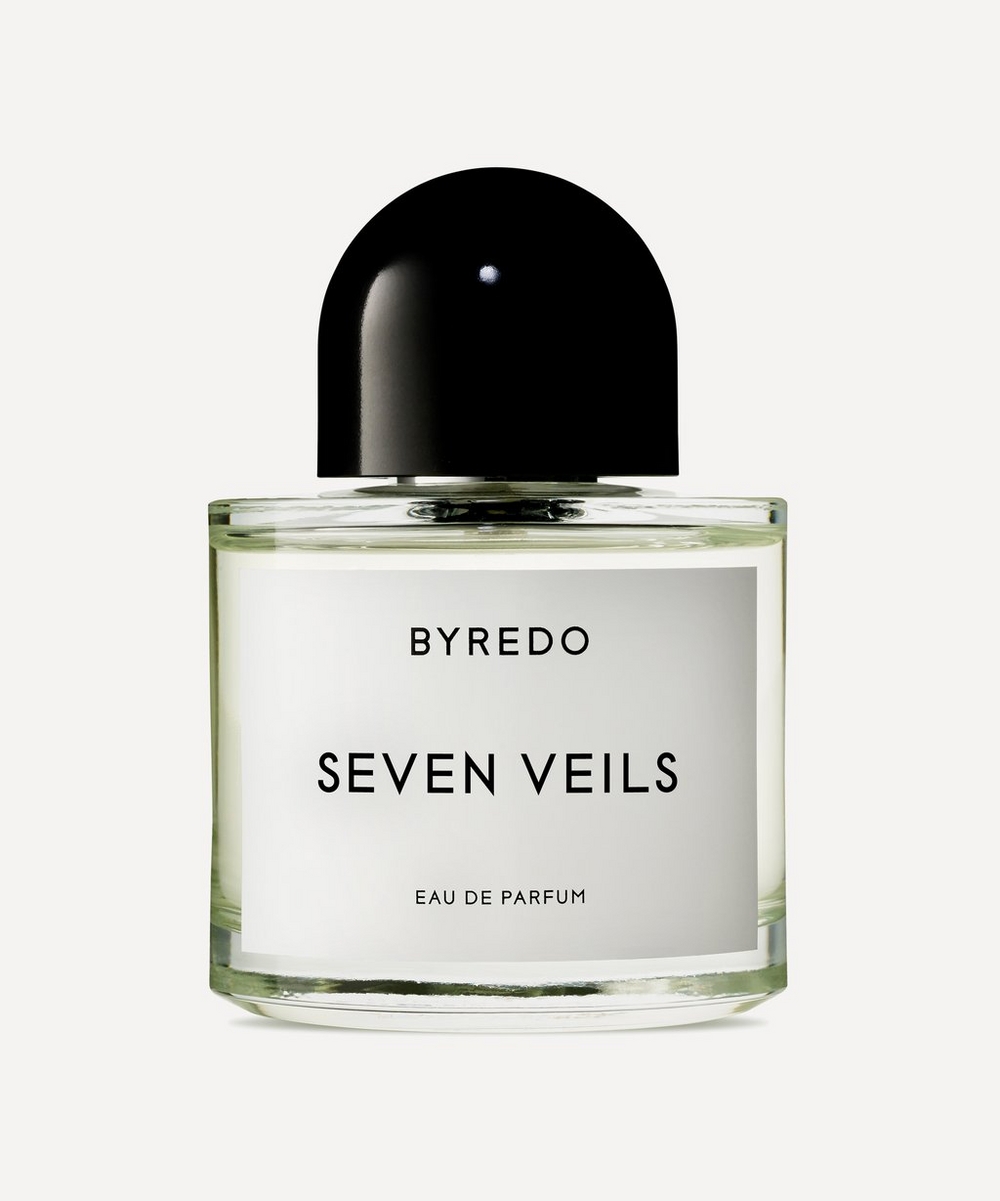 Based on the biblical tale of Salome's dance of the Seven Veils, Byredo's Seven Veils eau de parfum is an oriental fragrance that tells this story of seduction through bitter notes of carrot, pimento berries and glycine against the softness of laurier rose, sandalwood and vanilla.

“On that first morning the moon sinks late and you feel the pull, as if it were night, magnetic in a way the sun could never be. Three memories pervade the air. The way you hold it; the way through fingers you let it slip; and the way the woven silk floats across the winds. So now floats a perfect fifth, in a minor chord, from an ancient bow, resonating in our ears louder and louder. And louder still until it grows stronger than even our beating hearts. You rise up, upon your feet, and even higher. With seven veils you dance, swirling swirling swirling.”

BYREDO is a modern European luxury house founded in 2006 by Ben Gorham, propelled into popularity by its cult fragrance line. In contrast to Scandinavian aesthetics, BYREDO carries clear influences from Ben’s Indian background with strong ties to creativity, art and lifestyle, establishing a unique position in the market with its lifestyle-led approach to beauty.