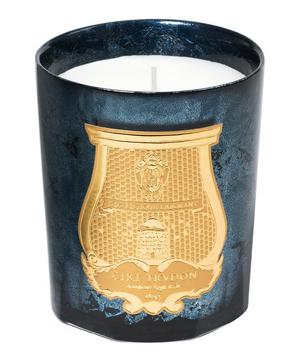 Having served a clientele that once included Louis XIV and Napoleon, Cire Trudon is the world's most respected candlemaker up to this day, and the oldest in the industry. This pine-scented candle celebrates the comforting and nostalgic aroma of a fresh, green Christmas tree, refined by the dry woodiness of Spanish cistus and Chinese cedar. It is housed in Cire Trudon's infamous hand-blown glass vessel, hand-painted a rich, metallic blue and finished with the brand's iconic golden crest – a festive season exclusive.