Price reduced from £150.00 to £75.00
Availability: Choose from available options 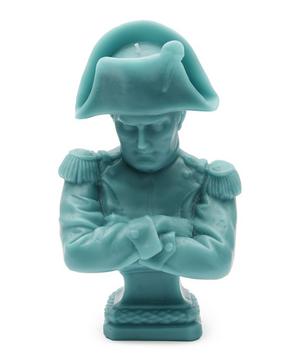 Cire Trudon’s Napoleon candle bust depicts the former Emperor of France in a classically combative stance, drawn from a variety of contemporary effigies.

Cire Trudon’s wax bust range reflects the brand’s rich and venerable history, creating candles for the French nobility since 1643. Napoleon Bonaporte’s long-standing historical legacy exists in part due to his instinctive understanding of the importance of self-representation – his image was widely used as a propaganda tool to express the Napoleonic legend to the French people, and effigies of him have appeared widely in art all the way up to the present day. Display this wax bust for a flagrantly opulent interiors accent.