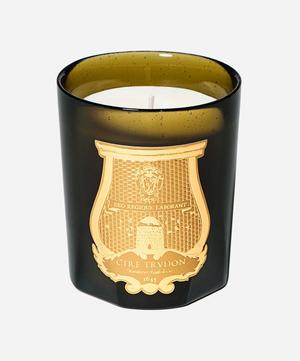 As the oldest candle makers in the world, Cire Trudon marries rich history with enlightening fragrances. The Manon candle has a fresh, clean scent with notes of orange, lavender, soap and musk; reminiscent of the washed linens of centuries past. Presented in a beautifully regal mouth-blown glass vessel, the candle makes an eye-catching centrepiece on any modern surface.