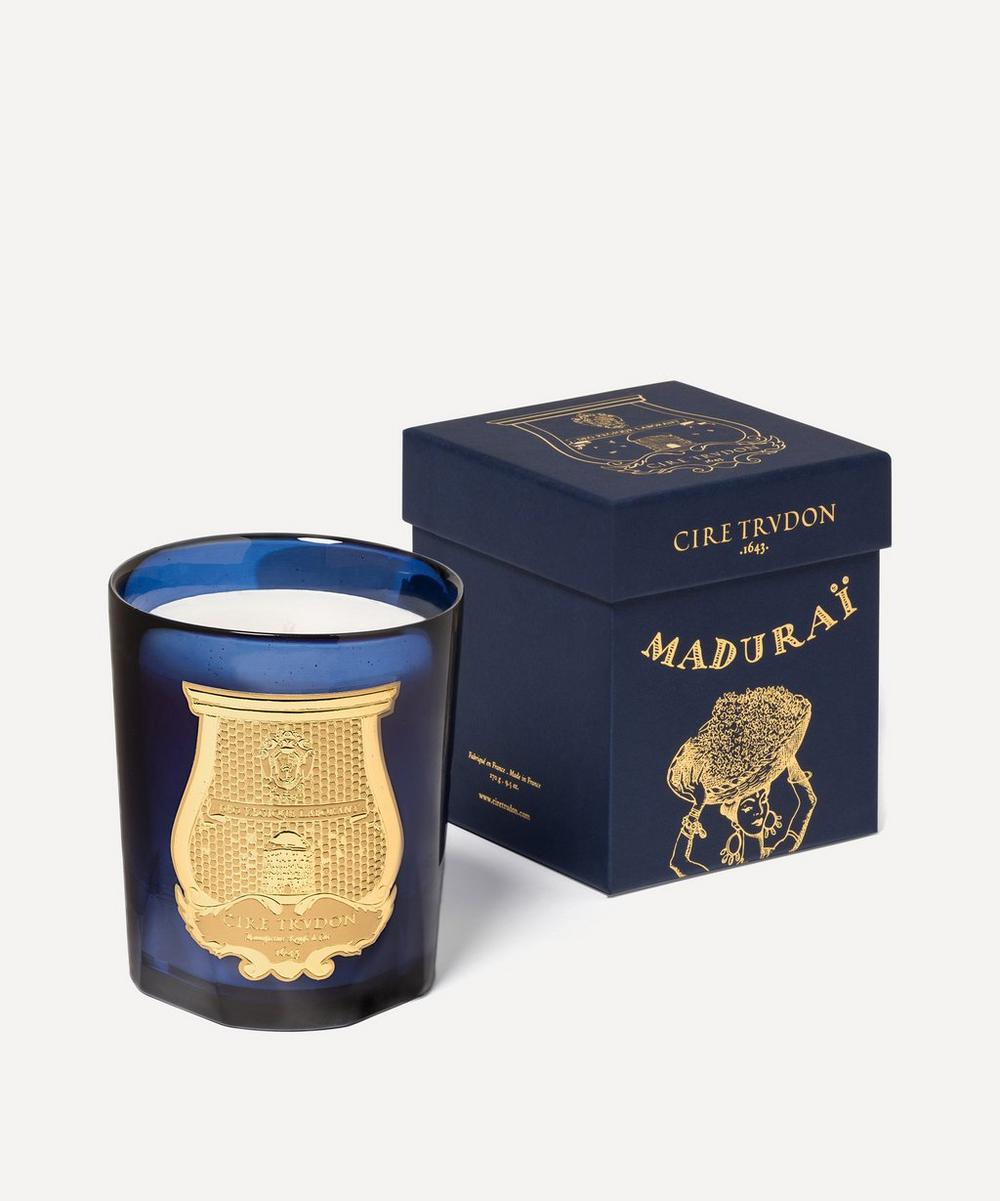 Inspired by the mythical properties of Jasmine, which plays a crucial part in India's myths, legends and daily rituals, this Cire Trudon Madurai candle is one of regal proportions, housed in a hand-blown vessel that radiates artisanal opulence. Hand-poured wax emits notes of ylang-ylang, benzoin and resin, making an exquisite addition to any interior.