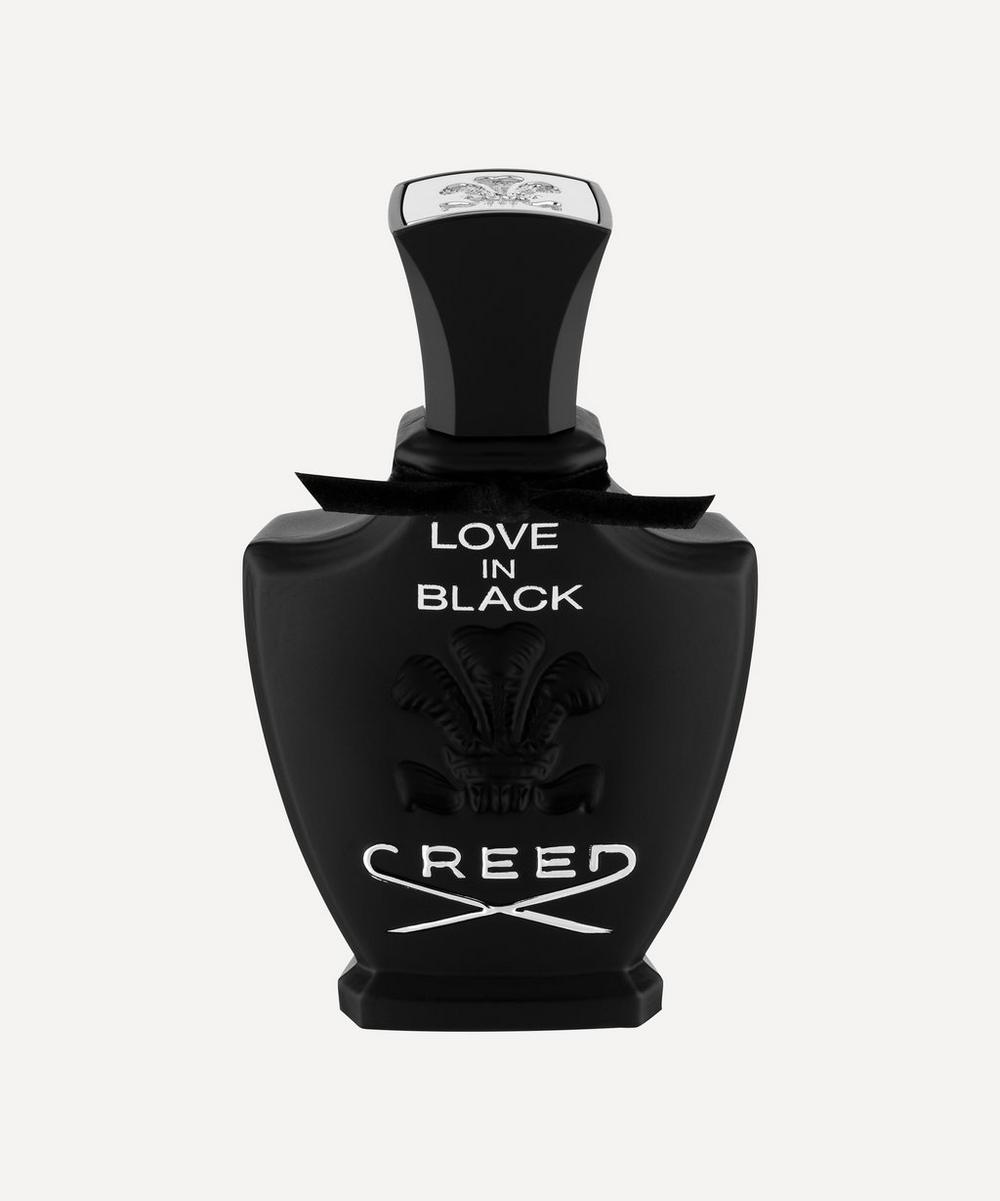 Inspired by the glamour and refinement of former first lady, Jackie Kennedy, Creed's Love in Black eau de parfum is an unexpected take on its fresher companion, Love in White, with notes that reveal themselves only after dark.

Recalling endless lengths of black velvet strewn with musky parma violets, this fragrance opens with aromatic blackcurrant buds, clove and a sharp peppery note that cuts through the floral sweetness at the perfume's heart. The unique powderiness of precious Florentine iris and rose descend into a rick melange of woods, tonka and aromatic resins – a proud statement of bold femininity.