Free UK Standard Delivery*
Register for 10% off your first order

Price reduced from £200.00 to £75.00
Availability: Choose from available options 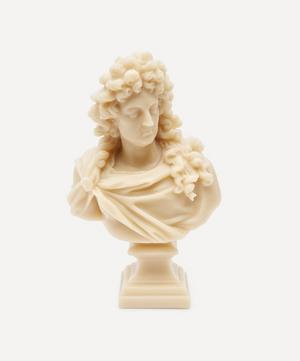 Cire Trudon’s wax bust range reflects the brand’s venerable history, creating candles for the French nobility since 1643. François Girardon’s original Louis XIV à cheval sculpture was created between 1685-1687 from brass, standing an imposing seven metres tall. The original statue was destroyed in 1792 during the French Revolution – the reduced-sized version, from which this bust is drawn, remains in the permanent collection at the Louvre. Display this wax bust for a flagrantly opulent interiors accent.