Behind the Windows: The Tree of Liberty

The Tree of Liberty

Stretching along Great Marlborough Street, the Liberty windows are famed for their innovative, all-encompassing displays. In this series, our Visual Concept Team unveils the stories behind them - from initial moodboards, to completed masterpiece.

Our Christmas windows are the pinnacle of the year; a celebration of all things fun and fantastical. This year the team take us to magical new realms, where pink bonsai trees bloom, and glistening gourds ooze with crystals and precious trinkets….

“We started planning for 2019 back in November last year, and our starting point was to revisit the carved wooden animals who came to life last Christmas; exploring the story of how they came to be at Liberty.”

“Having recently discovered Tjolöholm Slott - a Swedish castle that proceeded Liberty’s London Tudor building but was largely designed by Liberty craftspeople – we learnt that the carved animals had, in fact, originated there.”

“We wanted to tell the story of the connection between the two buildings - and how the animals took flight on a golden ship from Sweden to Central London, carrying special seeds. The animals and their seeds were dropped through the atrium, which then grew to a magical tree.”

“Our six animals were made by sculpture artist Billie Achilleos; Porcupine, Lima, Dragonfly, Toad, Chameleon and of course the famous Liberty Peacock. Some of these animals can be found in the architecture of our building.”

“I work very organically and tend to let the creature evolve. I’m a fabricator more than a sculptor and I think it's that what has given me a particular style. I start by getting reference photos together of each animal, then draw them out and break them down into body parts which can all be cut out separately, glued together and then carved.”

“The Tree, which stands in our central atrium, is as eccentric symbol of all things Liberty; a pink and teal bonsai in which the animals have made their home. It was hand-carved by scenic artists and had to be done in three lengths because it is so tall! We used reindeer moss, sourced from The New Covent Garden Flower Market, for the blossom because of its cloud-like texture. The deep pink hue is from a natural dye, added to the soil it is grown in.”

“The windows feature the sprawling branches of the bonsai tree, and the bowers of blossom are laden with products and gifts galore. We choose lush velvets, shiny crystals and high gloss decorations to make it feel as luxurious as possible.”

“We imagined gourds as mystical fruit, fallen from the tree and broken open – full of sparkling crystals, housing precious products. They were hand-carved and covered in velvet, while the sparking crystal inside was created by mixing fine glitter with crystals that we grew ourselves.”

“The colour palette is largely based on the beautiful print designed by the Liberty Fabrics team. We have worked closely with them to it to life through the creative; the original print was exploding with jewel tones, from the deep teal tree, to the fresh pink fruits.”

“Watching the design come to life has been really magical. The moment we open the blinds is the first time we see the elements come together. It’s great to see the real thing after imagining it for the last year.” 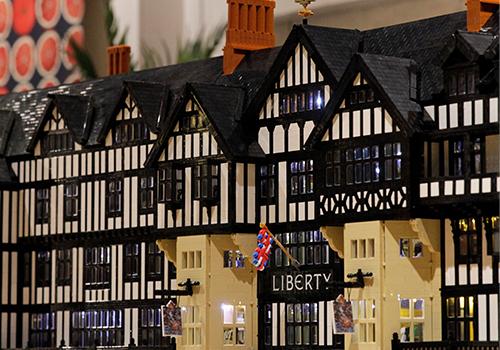 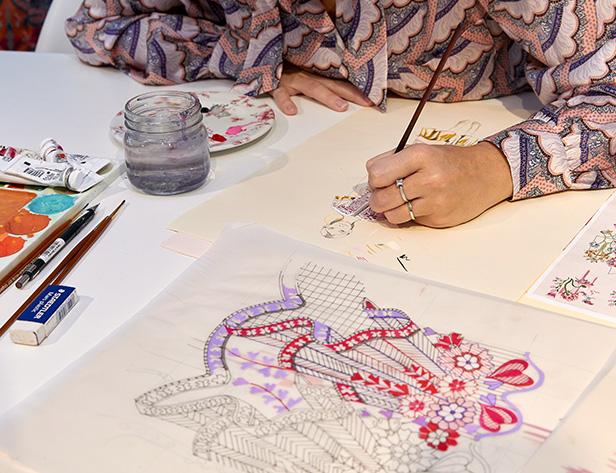 In the Studio: Liberty Womenswear Collection 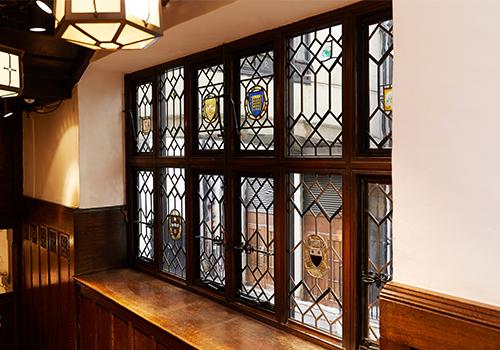 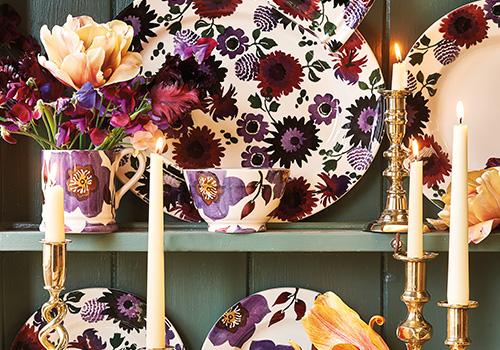 In the Studio: Emma Bridgewater

Behind the Scenes: The Liberty Printing Mill 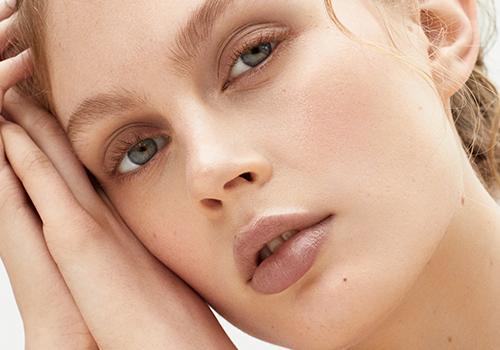 Looking to the runway once again for more than just fashion cues, Spring/Summer 2019 delivers a brazen makeup mood that's all about colour. 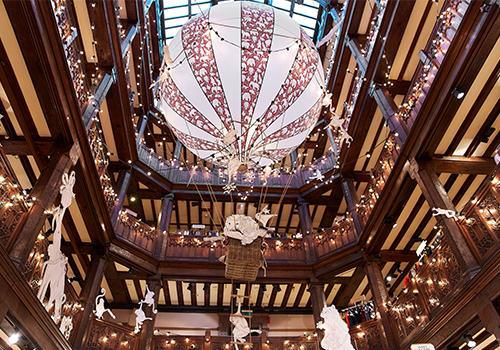 The Liberty Christmas Story: Behind the Balloon! 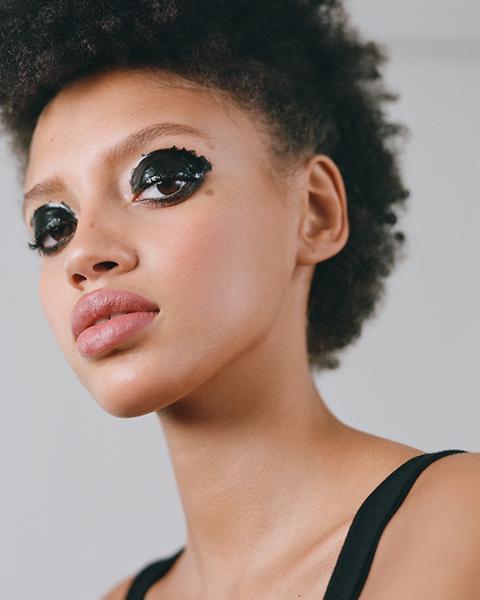 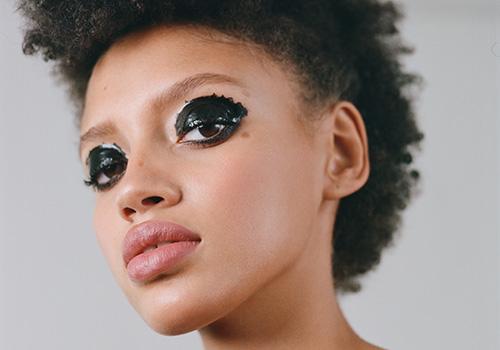