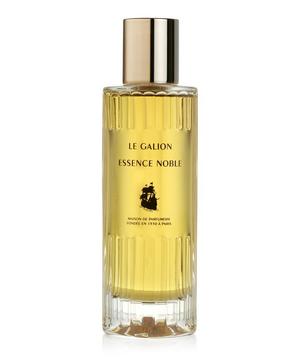 Le Galion Essence Noble created on the base of l’Eau Noble, the last emblematic fragrance created by Paul Vacher in 1972. To emphasise both depth and strength, the head and base notes have been accentuated. The citrus opening includes Green Mandarin and has increased Lemon.