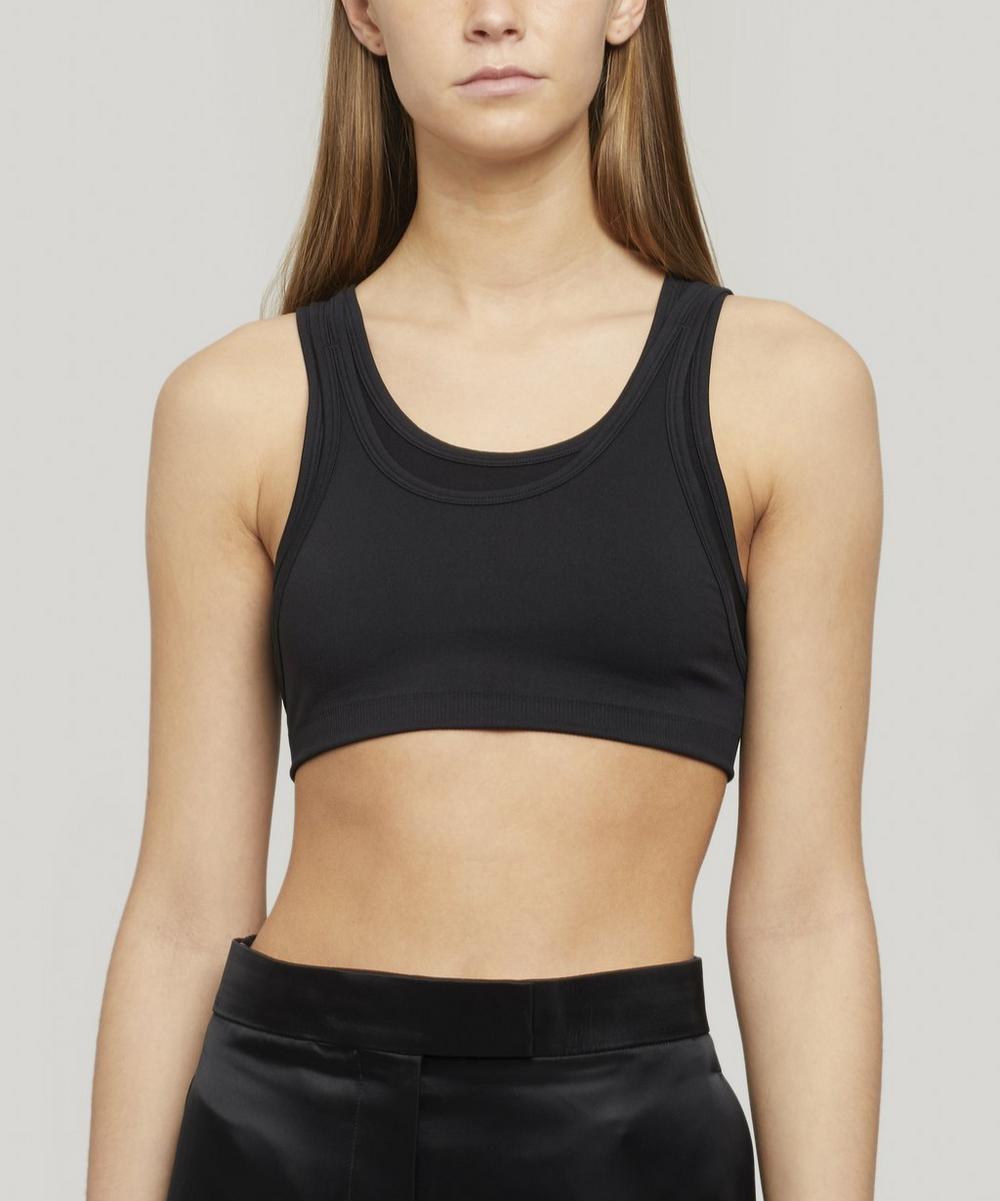 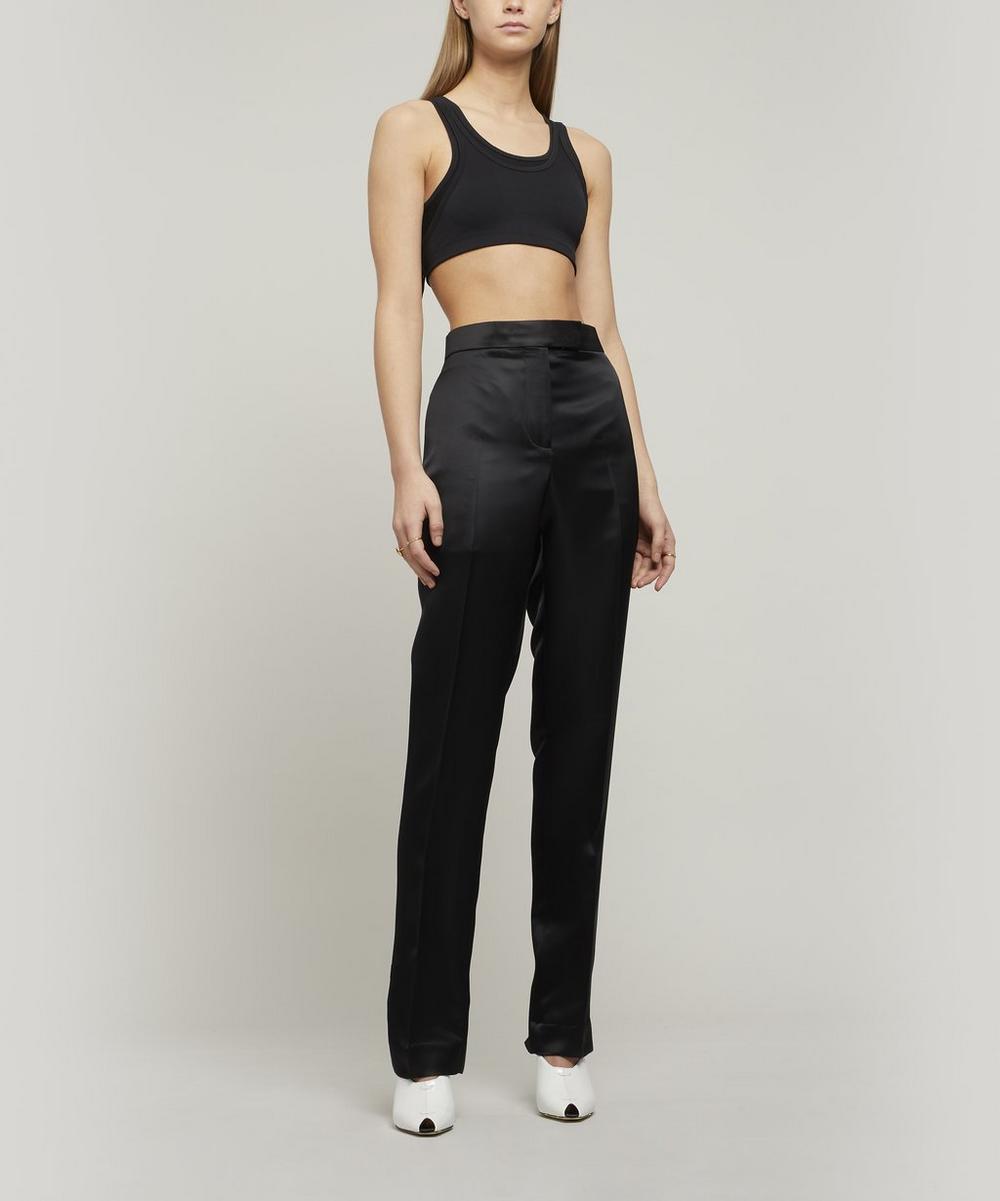 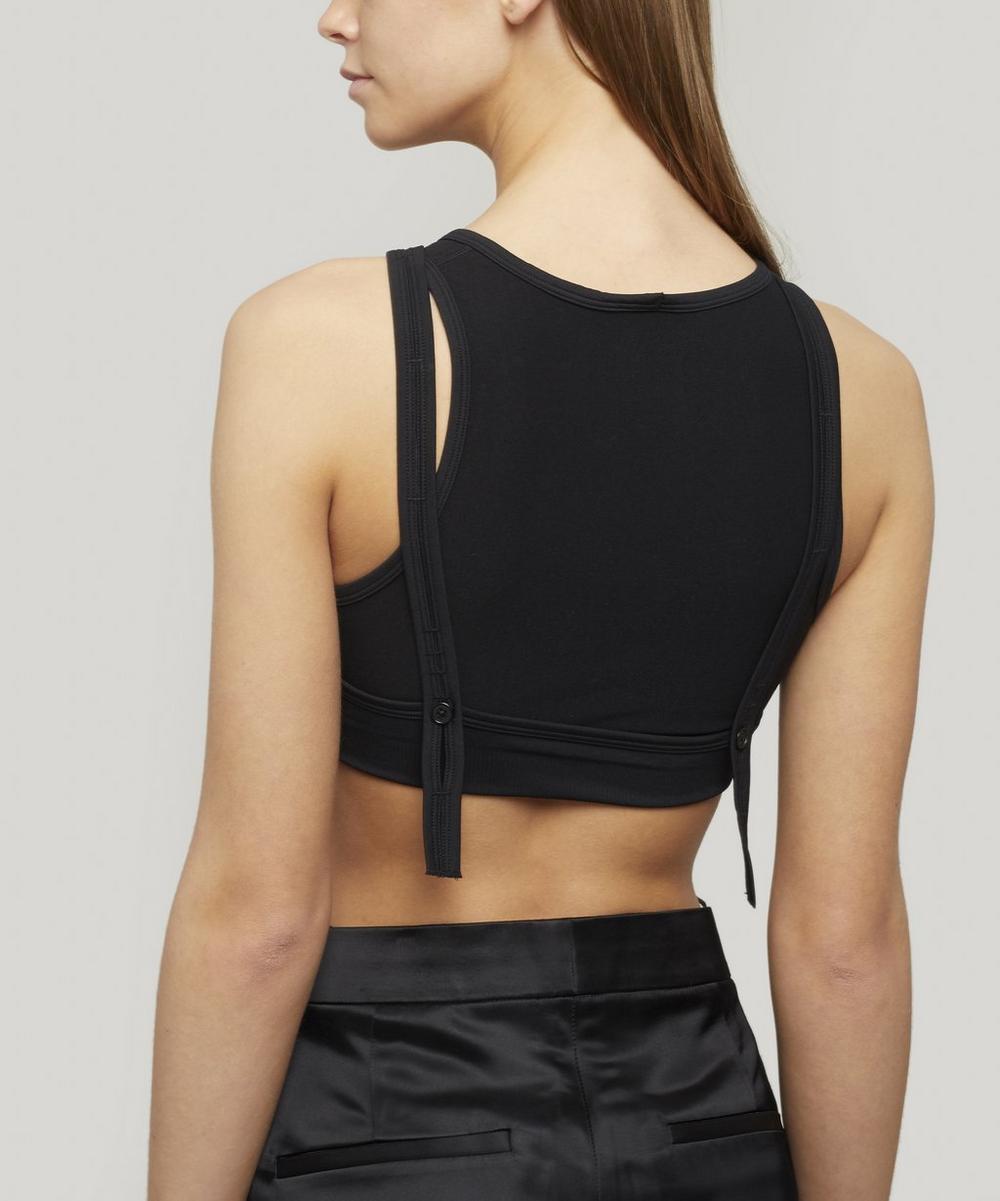 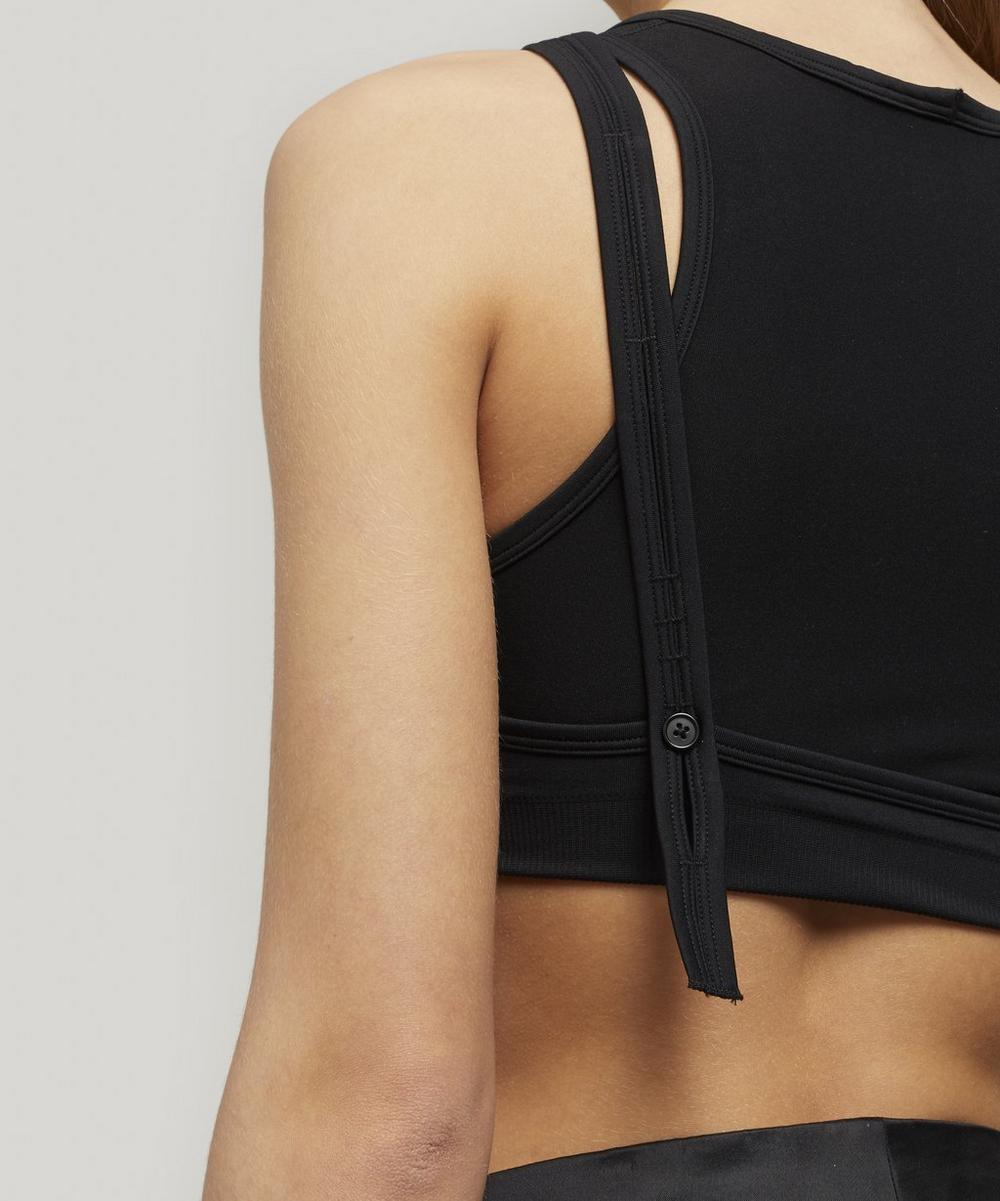 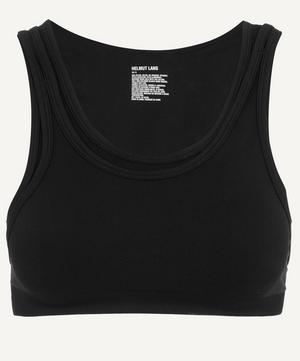 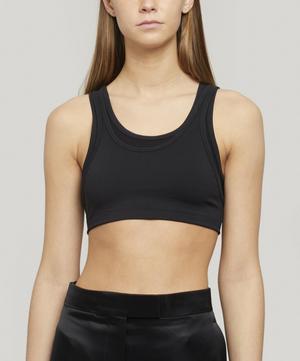 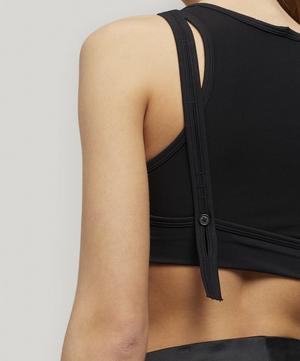 This sleek tank-top style bra has a scoop neck, with straps that can be fastened over the shoulders or worn down for a modern take on minimalism. In a stretch fabric with ribbing at the fold line, this bra top is versatile and effortless, with a touch of the avant-garde style we expect from Helmut Lang.

Lauded as the most influential designer of the 1990s, Helmut Lang went on to sell his company and his name in 2004. The brand that pioneered the ‘90s austere minimalist aesthetic is now back under appointed ‘editor-in-residence’ Isabella Burley. Re-issues of collectable classics such as the paint splattered jean and metallic puffer now stand alongside capsule collections by alternating designers each paying homage to the trailblazing designer. 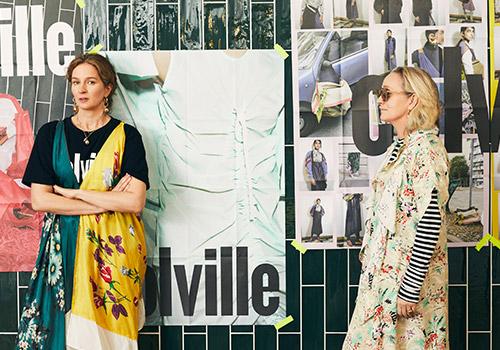 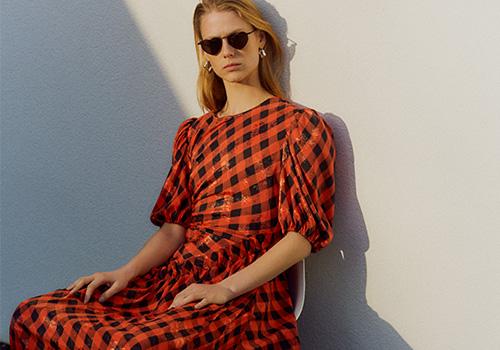