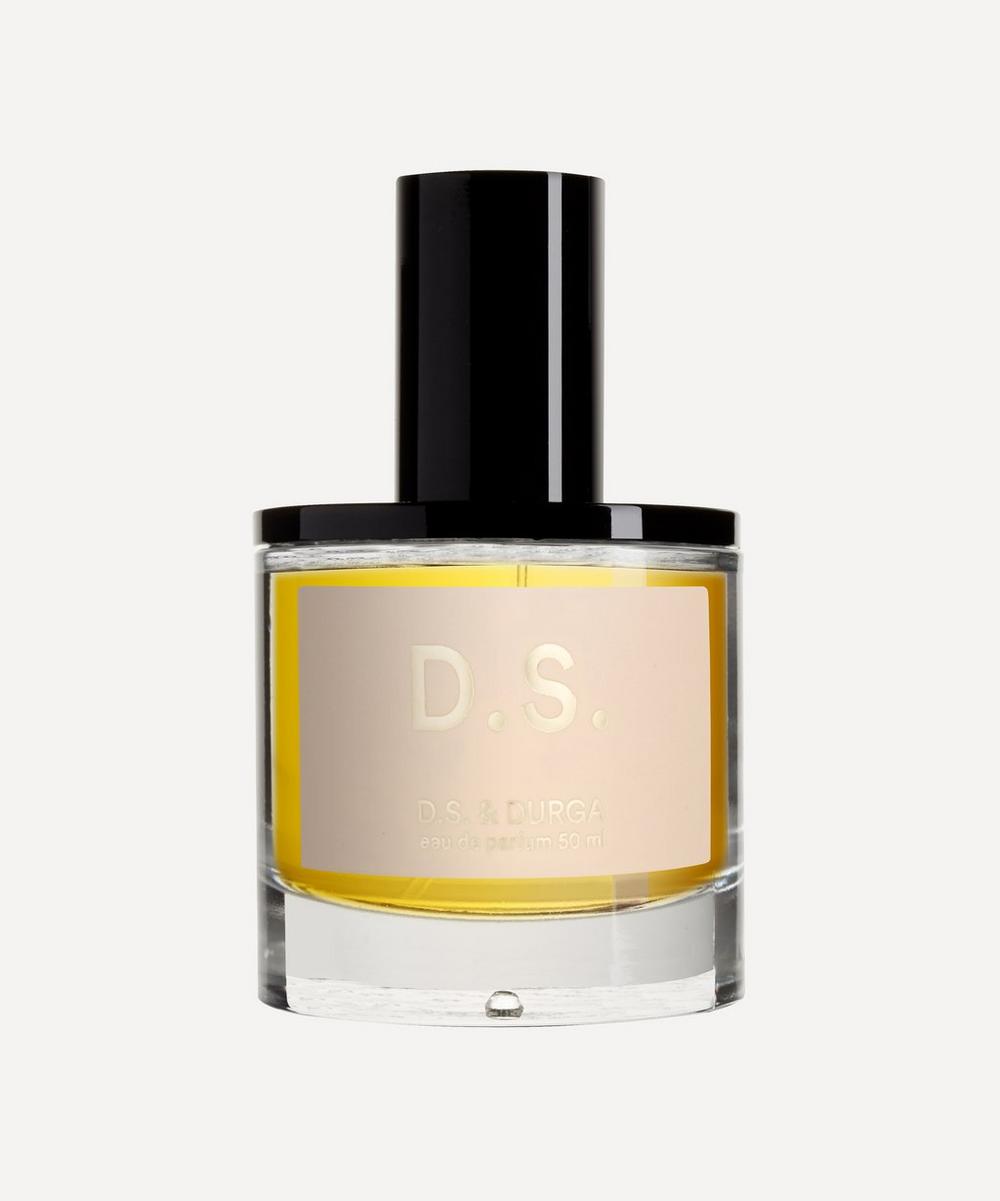 Apply as desired to pulse points behind your ear, at the bottom of your throat, on your wrist, inside your elbow and behind your knee.

Representing one half of the trailblazing fragrance duo, D.S. eau de parfum is a pure vision of India. An aromatic top of frangipani, gardenia and Kashmiri saffron leads into a rich heart of yellow lotus attar and damask rose absolute, rounded off by fine Sri Lankan sandalwood and vetiver – a delightfully sophisticated fresh floral masterpiece.

D.S. & Durga is a Brooklyn perfume pioneer. D.S. is a writer and musician turned self-taught perfumer, and Durga is an architect and branding guru. Together they interpret olfactory essence as an art form, working under the notion that aroma can conjure fantastical worlds, particularly of music and memory. From the American wilderness of bygone eras to a heat-soaked afternoon in Mumbai, let yourself be romantically transported by each unique, refined fragrance.