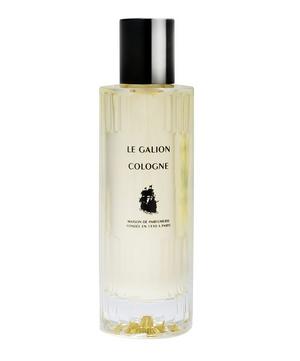 Le Galion Cologne is a beautiful olfactory interpretation of an imaginary meeting between Paul Vacher and Rodrigo Flores-Roux, sharing a cocktail and a cigar in the gardens of the Mansion house of Le Galion on a summers afternoon in the shade of blossoming orange trees. Rodrigo Flores-Roux was inspired to create this olfactory portrait by both the thought of this deliciously ideal and carefree moment.