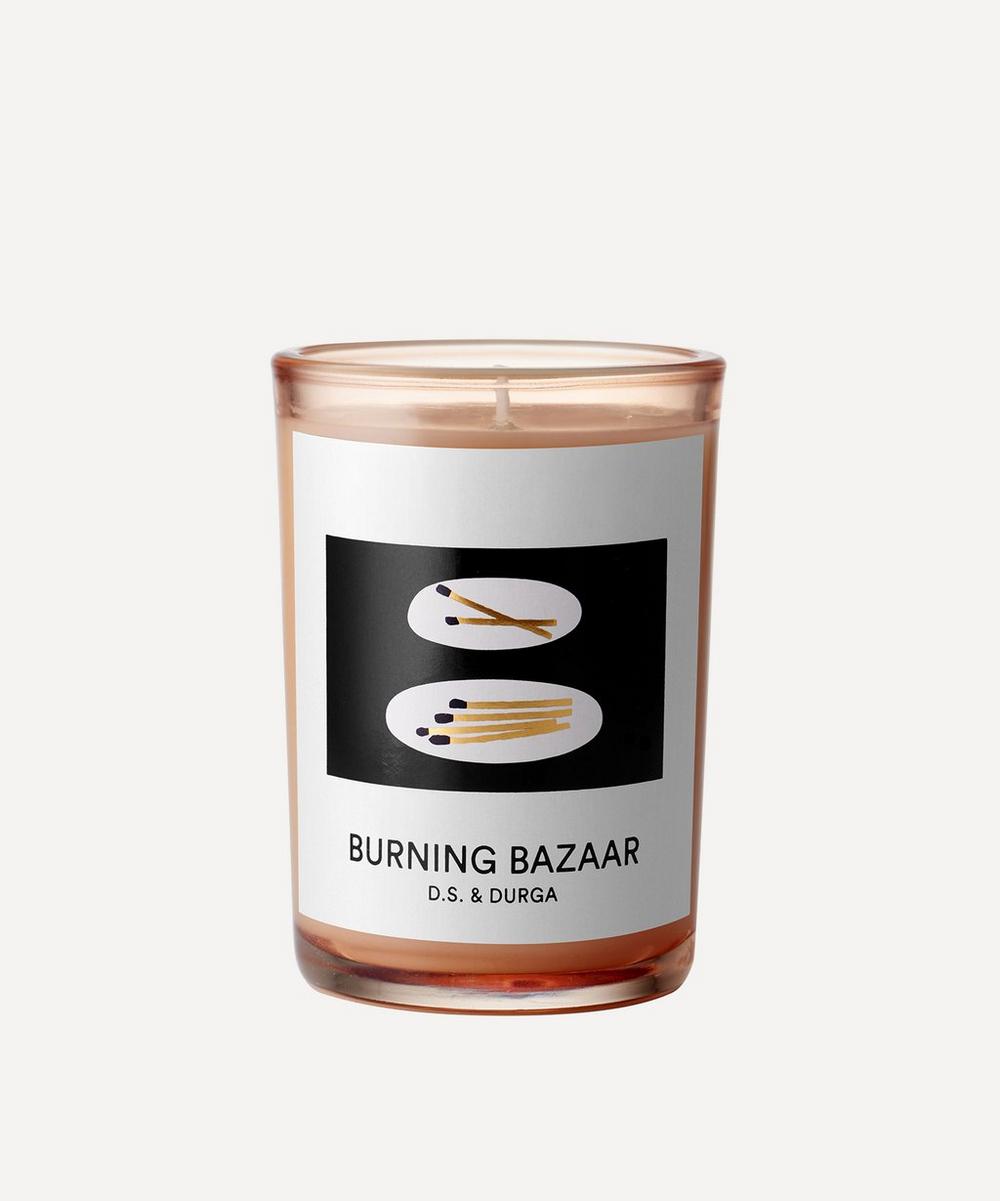 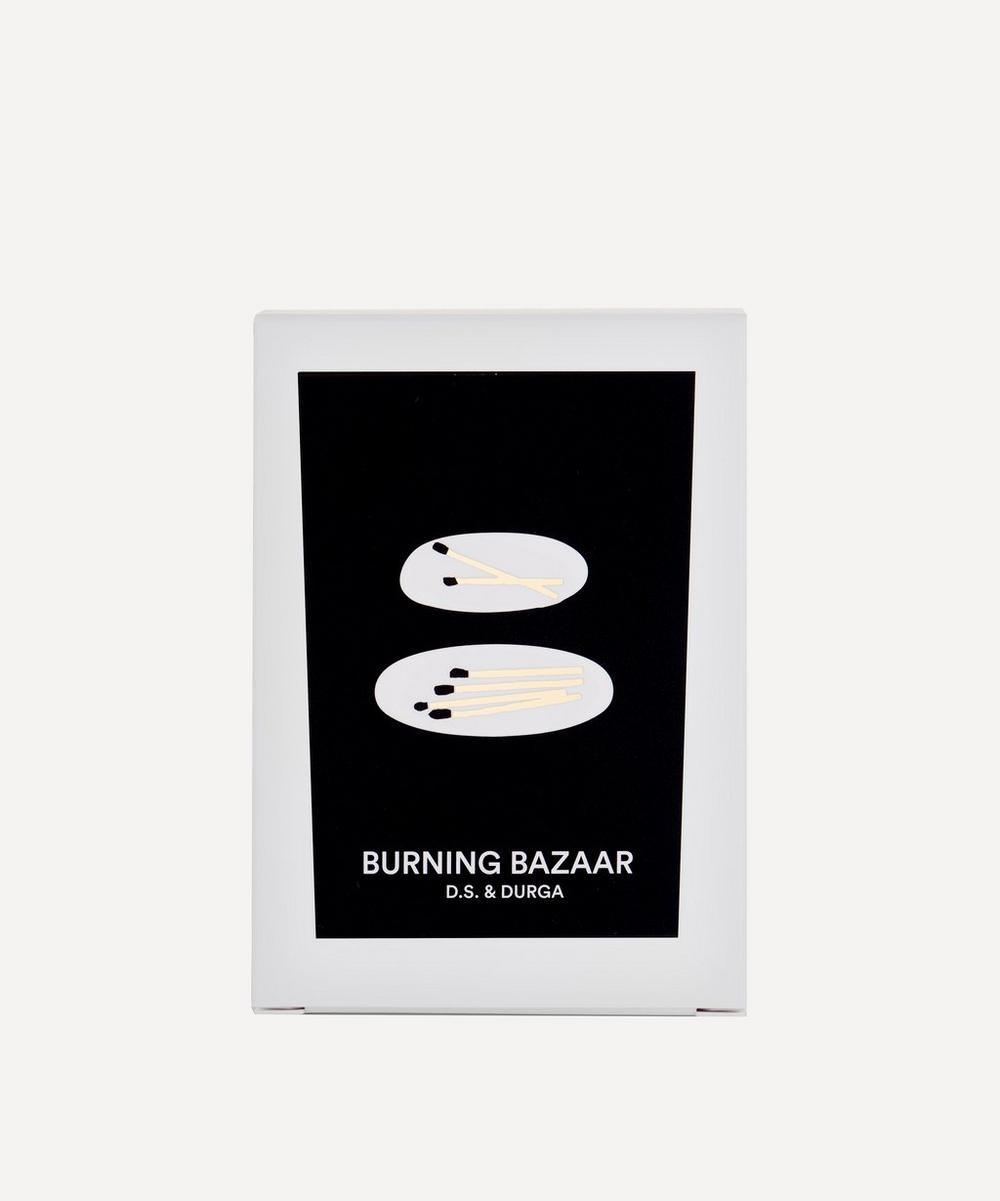 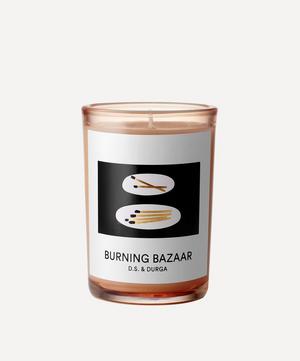 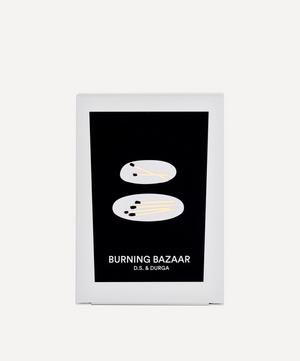 Trim the wick before lighting for a longer, cleaner burn. On the first time of lighting, allow the candle to burn for two to three hours until the wax has pooled right to the edge. This will allow for an even burn in future.

Described by the fragrance duo as "fragments of half-remembered legends, movements, events and foreign lands", D.S. & Durga's pioneering home scents capture moments in time defined by fragrance. Burning Bazaar tells the tale of a fire that broke out at the Fabledorf holiday market in 1261. Wooden toys, black spruce, fancy clove cellars and gingerbread burned, and a birch table was found, reduced almost to ashes – an unusual yet warming amalgamation of notes, encapsulated in this candle.

D.S. & Durga is a Brooklyn perfume pioneer. D.S. is a writer and musician turned self-taught perfumer, and Durga is an architect and branding guru. Together they interpret olfactory essence as an art form, working under the notion that aroma can conjure fantastical worlds, particularly of music and memory. From the American wilderness of bygone eras to a heat-soaked afternoon in Mumbai, let yourself be romantically transported by each unique, refined fragrance.