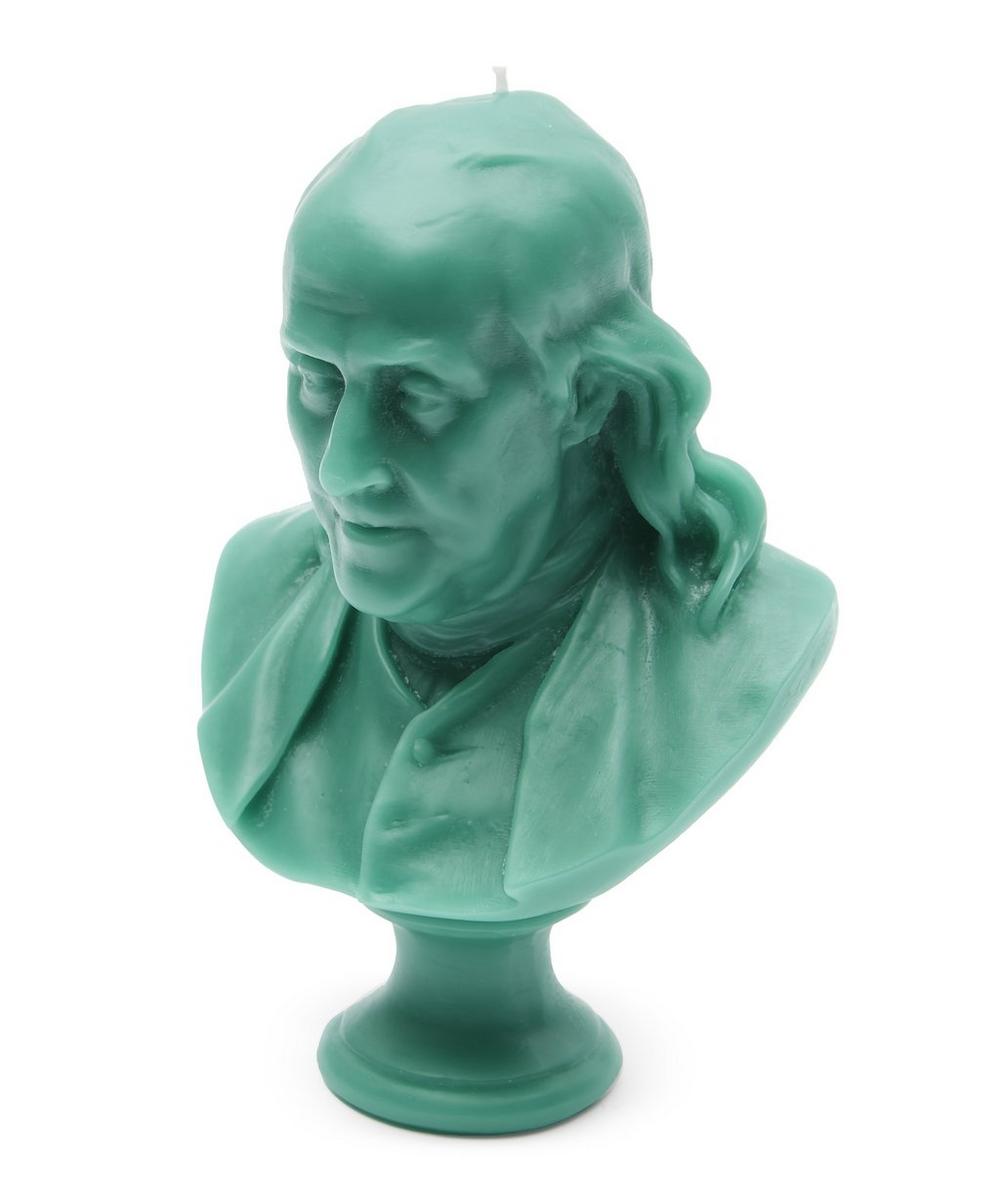 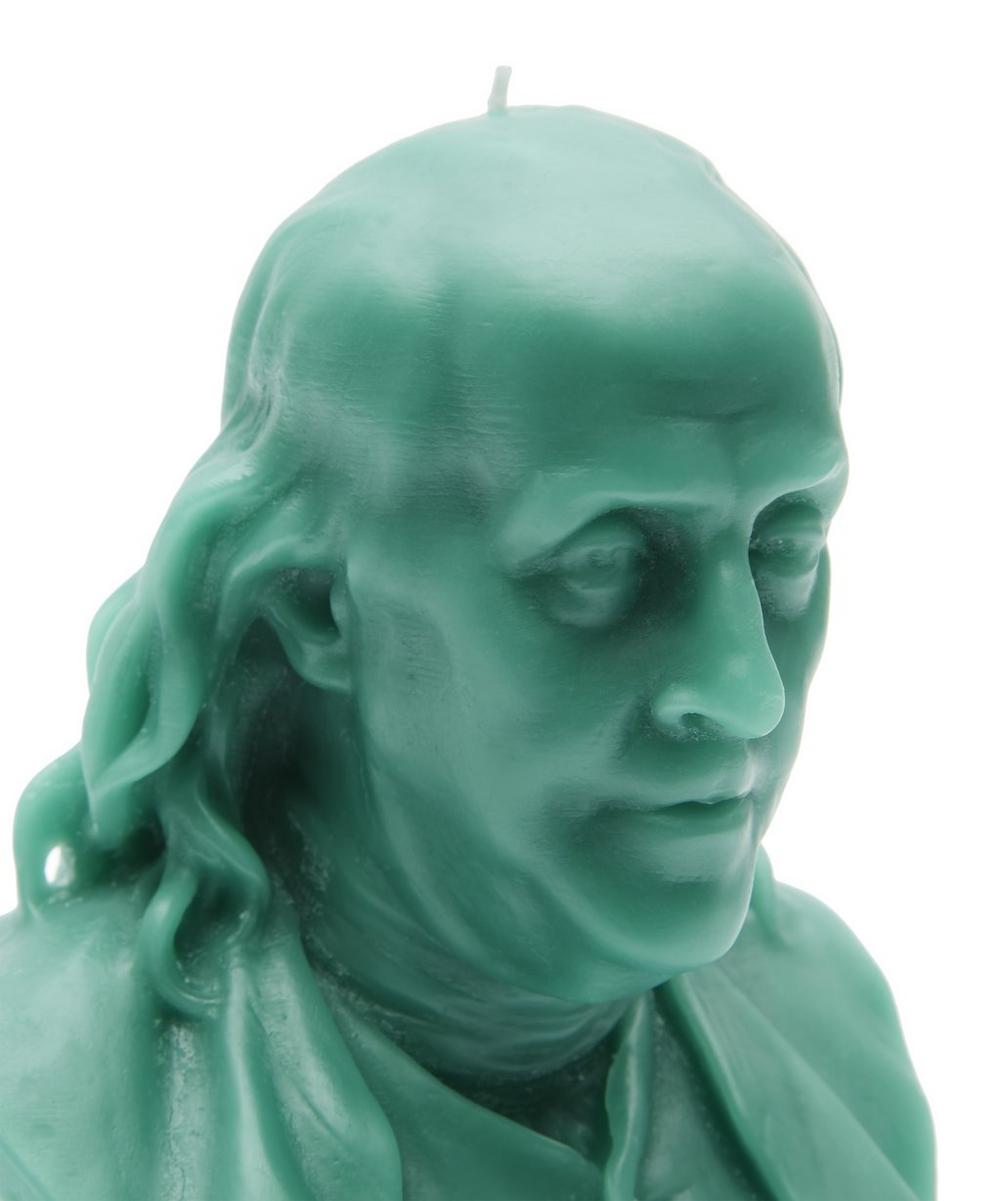 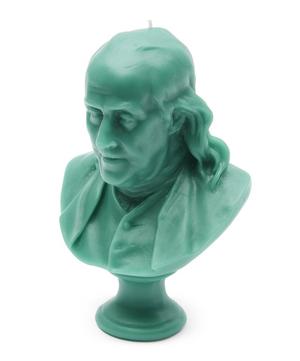 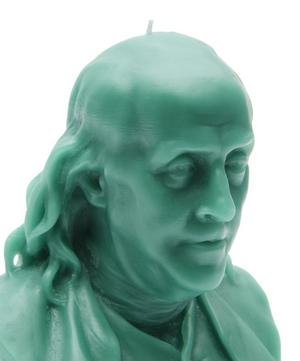 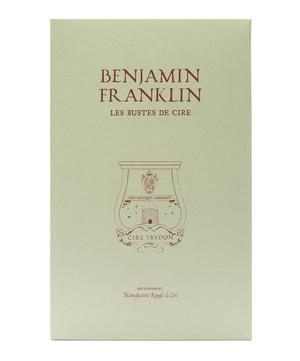 Cire Trudon’s Benjamin Franklin candle bust depicts one of America’s most influential historical figures – the son of a Boston candlemaker who become one of the nation’s Founding Fathers.

Cire Trudon’s wax bust range reflects the brand’s rich and venerable history, creating candles for the French nobility since 1643. A newspaper editor, postmaster, statesman, scientist and one of the signatories of the Declaration of Independence, Franklin is shown here in a copy of a famous bust by ‘the sculptor of the Enlightenment’, artist Jean-Antoine Houdon. Display this wax bust for a flagrantly opulent interiors accent. 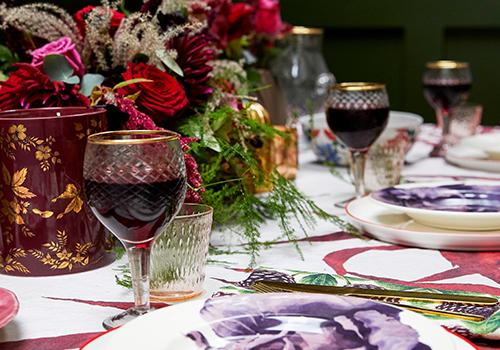 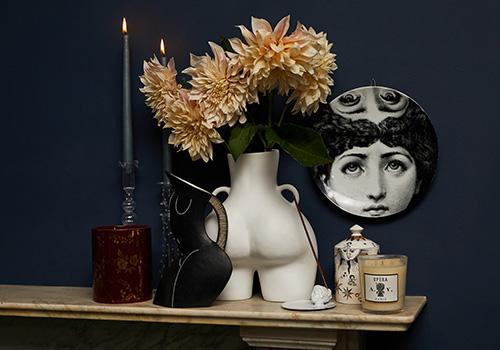