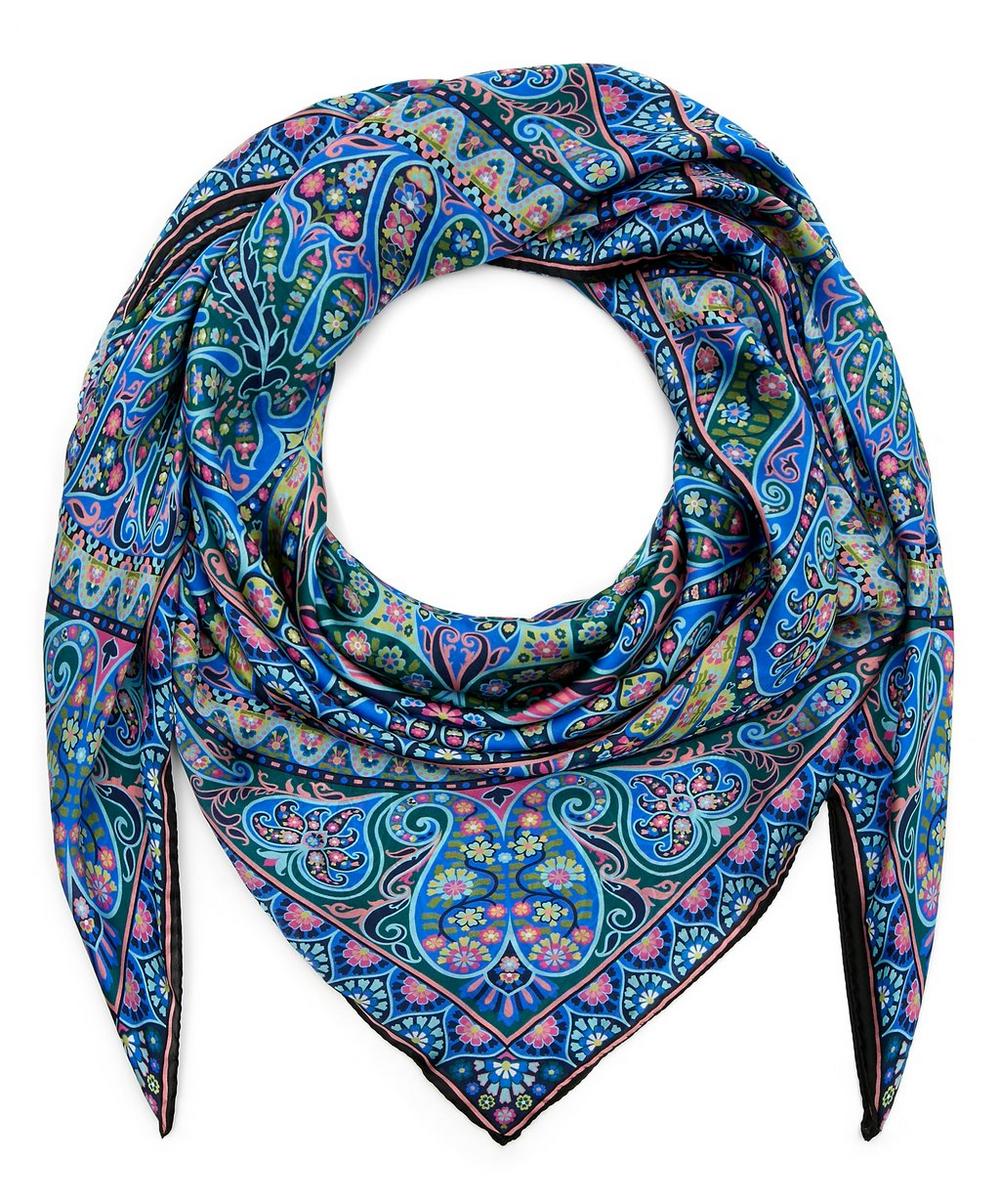 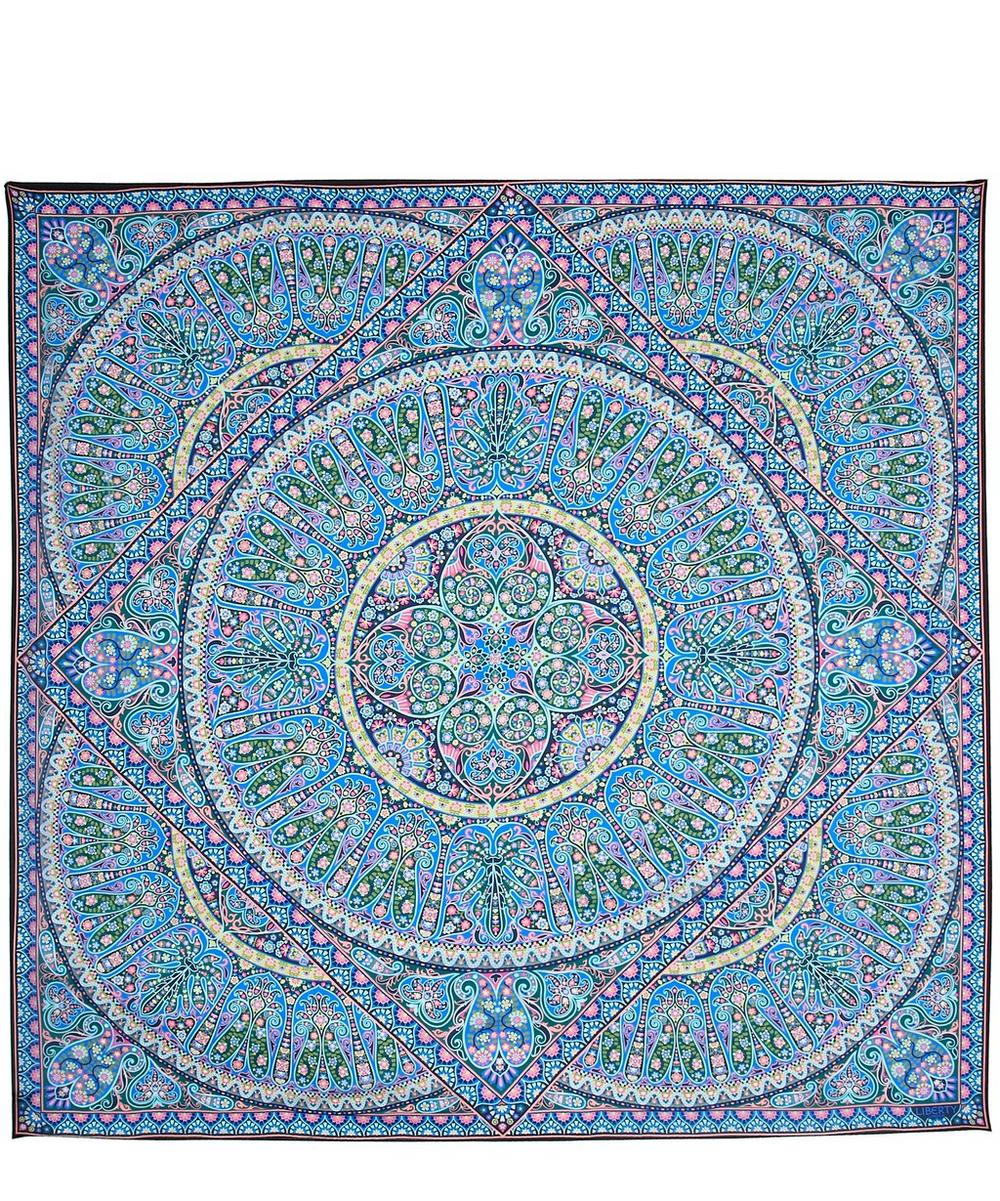 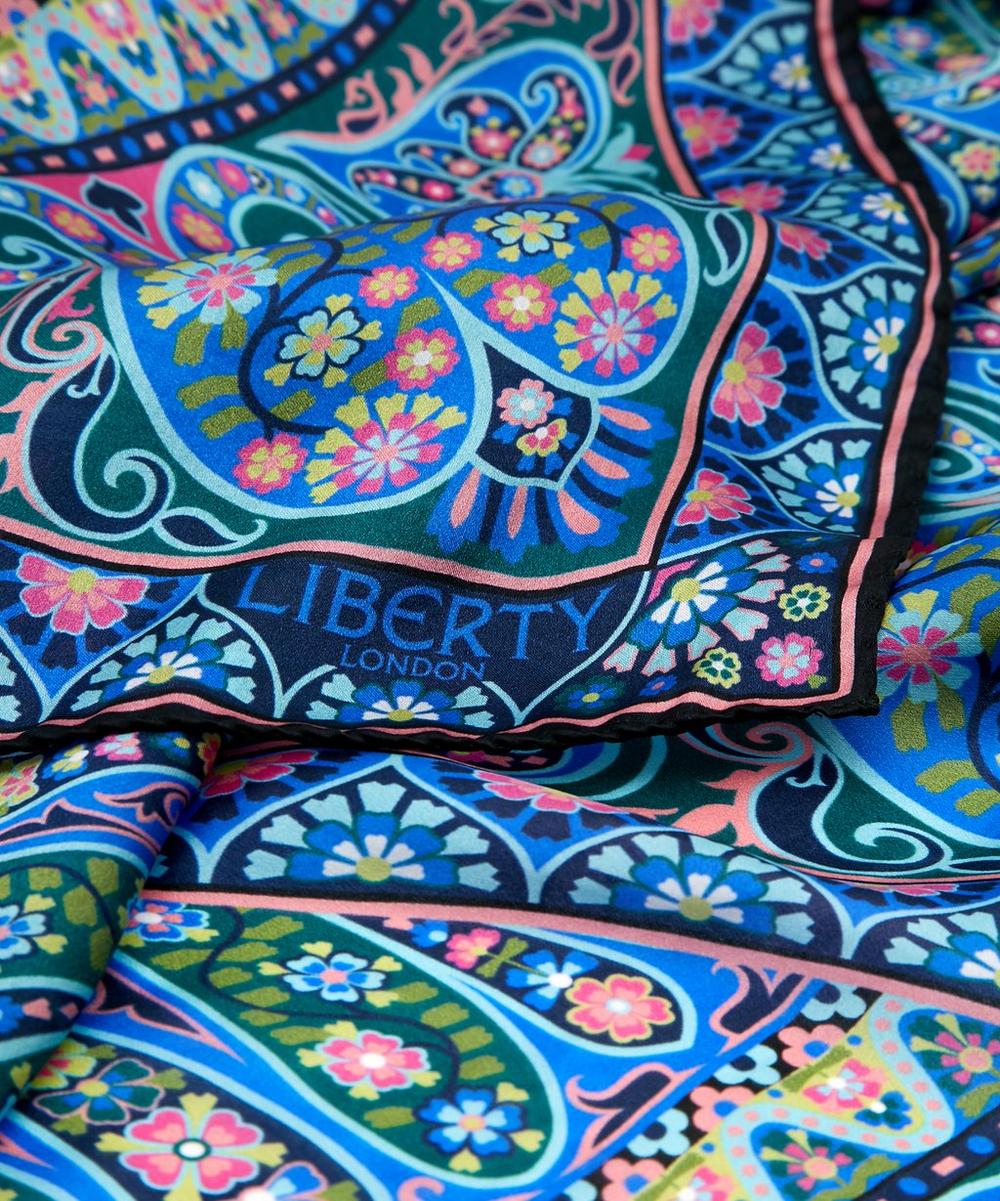 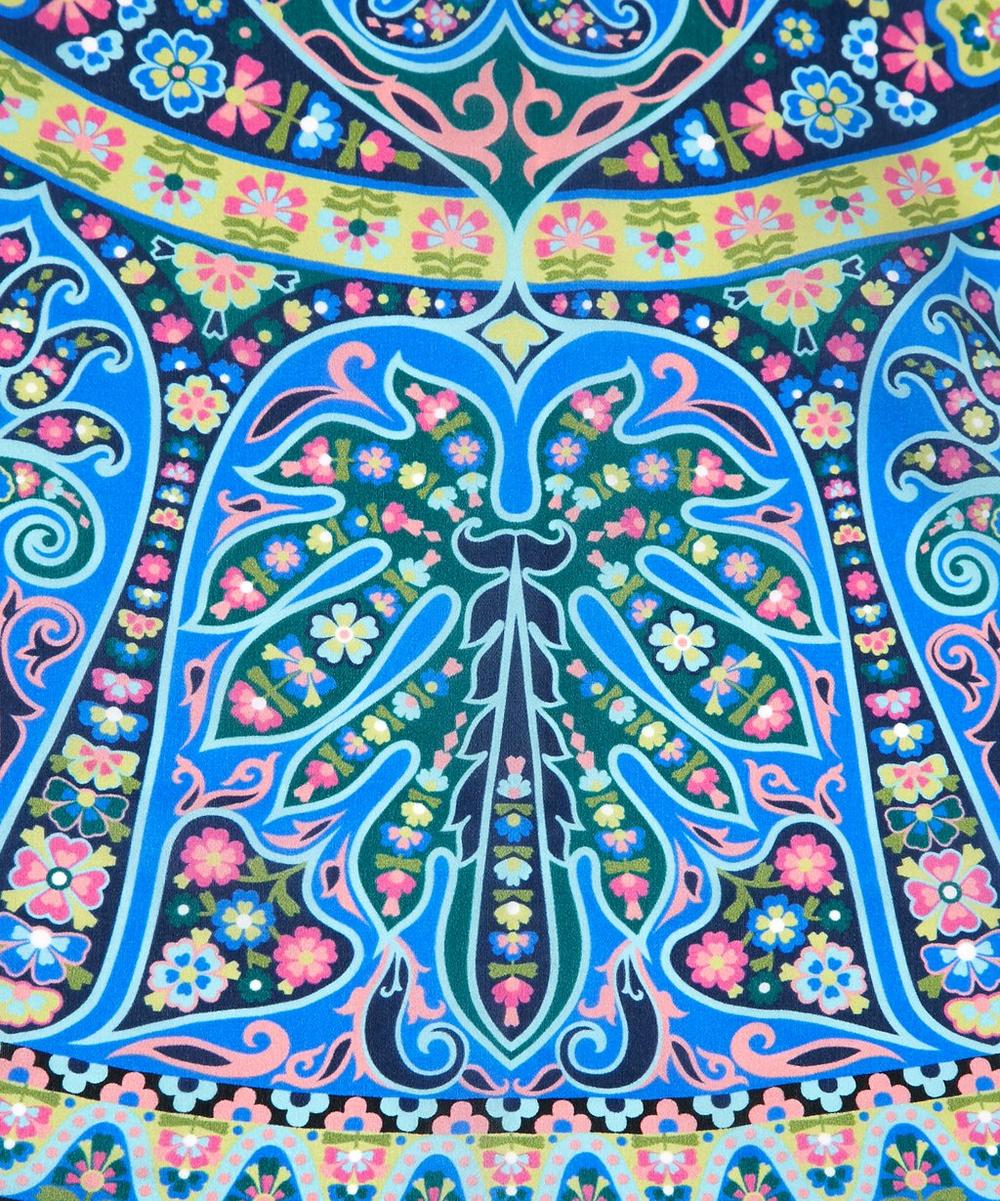 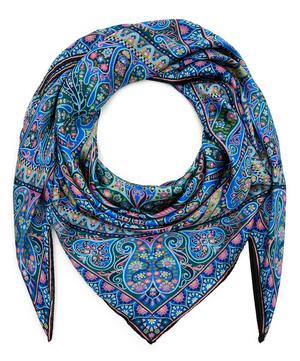 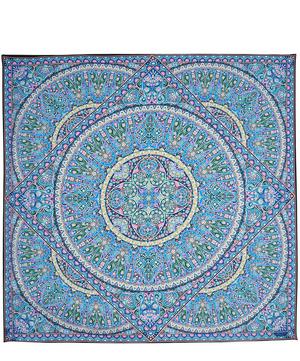 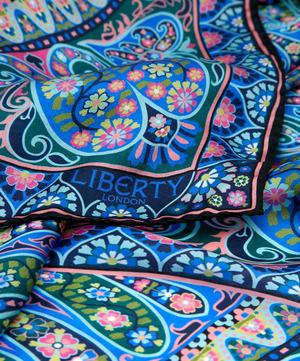 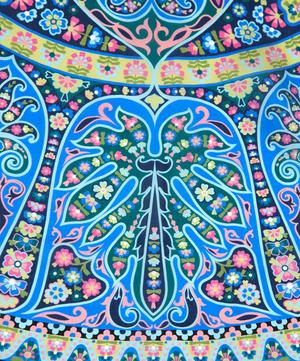 Originally named 'Roundel' in it's 1970 incarnation for Liberty, an oriental paisley leaf motif was meticulously engineered into a square scarf design. Reimagined today with updated lines and colours, the large-scale Andromeda is favoured for its mesmerising cosmic appearance, bearing a strong resemblance to astrology charts and constellations.

Knot this stunning silk satin scarf around the kneck over luxe plains to lend a splash of colour and personality to casual ensembles. 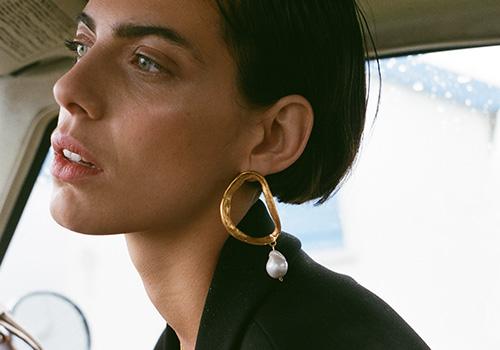 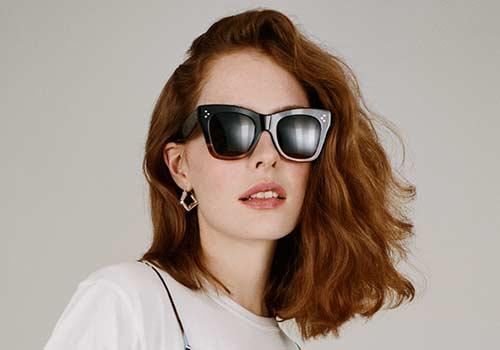 Sunglasses to Suit Your Face Shape